Qube redefines the category of coin-op simulator rides that provides high immersion and friendly competition! The group-play combined with the individual scoring system creates a friendly competition between the 4 players who typically want to ride again to get a higher score, generating a high ROI for operators.

Triotech has committed to develop a full library of content over the next years as the company has done for its other perennial top earners like the Typhoon coin-op video game and its award-winning XD Dark Ride interactive theater. 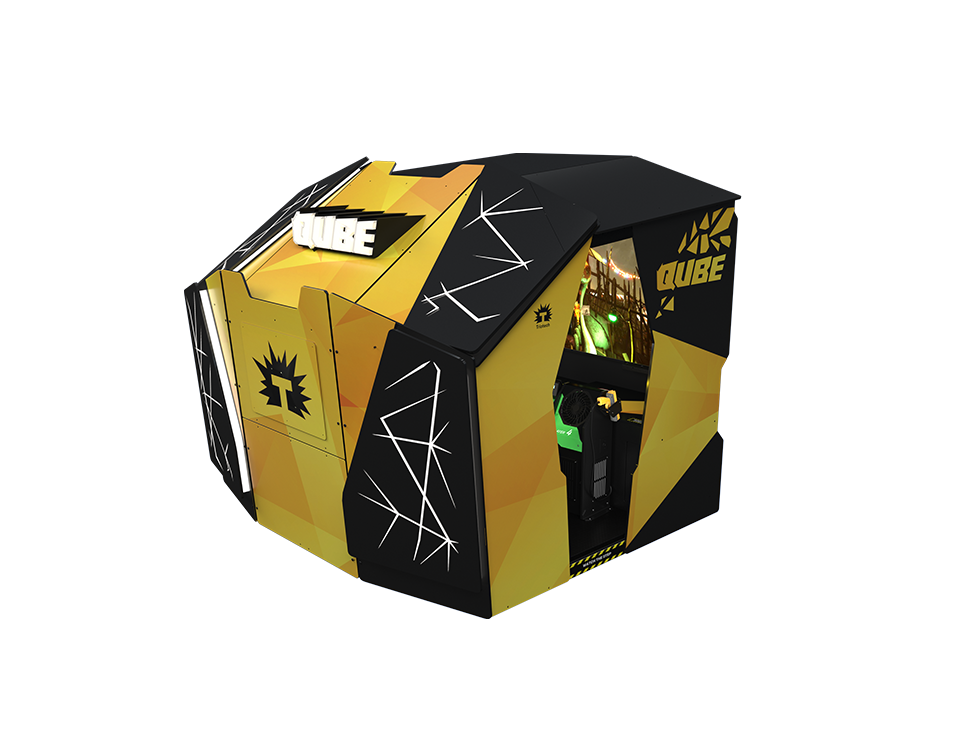 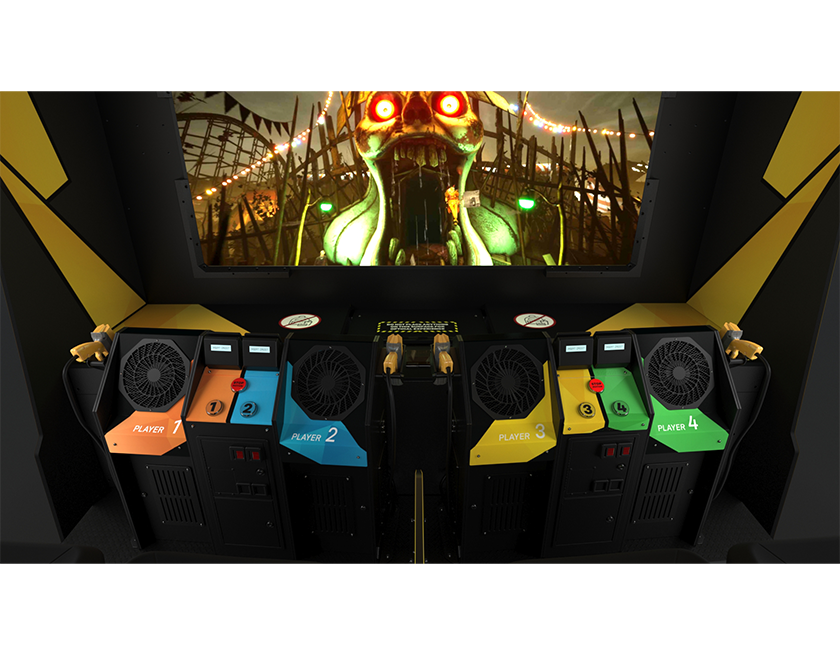 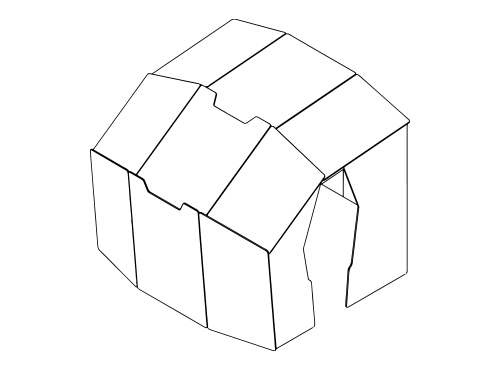 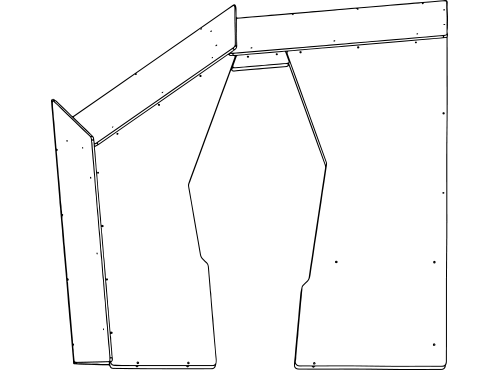 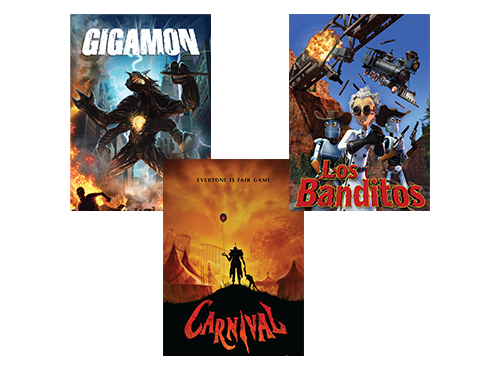 Clients have access to the following catalogue of multi-level thrilling content which provides a unique experience to this attraction.
Triotech will continue developing a large content library like it has done for its other products. 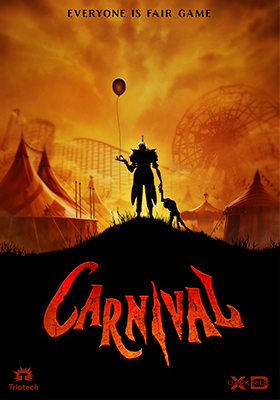 A disturbed clown out for revenge traps us in his sinister nightmare.

Once trapped in a decrepit amusement park, we get tossed, pulled and toyed with like a mouse caught by a particularly villainous cat.
Giant heads and creepy automatons are just a few of the weird creations this clown has manifested from his mind. As we get dropped, dragged and swung from one twisted corner of his mind to the other, we discover we’re not the first to pass through this nightmare and we won’t be the last.
Powerless over our fate and frightened by every move, we’re forced to confront the reality of this nightmare we may never wake from.

The city is under siege! Gruesome Gigamon monsters are on the attack and must be stopped! Embark on an epic, adrenaline-fueled chase and battle these reptilian monsters before it’s too late. Collect points and save the city from ultimate doom!

Balthazar Salazar is at it again! Only now he has an army of cowboys to help him. Head on a wild pursuit in the great American West by wagon, train and river raft, and stop this mad scientist in his tracks!

This website uses cookies to improve your experience while you navigate through the website. Out of these, the cookies that are categorized as necessary are stored on your browser as they are essential for the working of basic functionalities of the website. We also use third-party cookies that help us analyze and understand how you use this website. These cookies will be stored in your browser only with your consent. You also have the option to opt-out of these cookies. But opting out of some of these cookies may affect your browsing experience.
Necessary Always Enabled

Any cookies that may not be particularly necessary for the website to function and is used specifically to collect user personal data via analytics, ads, other embedded contents are termed as non-necessary cookies. It is mandatory to procure user consent prior to running these cookies on your website.